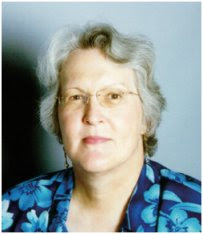 August 12 will mark the 30th anniversary of the repeal of the Houston anti-crossdressing ordinance after 3 1/2 years of lobbying by 'the godmother of the trans rights movement' Phyllis Frye.

With the only NO vote from Christin Hartung, the repeal passed and Mayor Pro Tem Johnny Goyen signature eliminated an ordinance that had been abused by HPD under its reviled chief Herman Short.

HPD used it at the time to not only harass and arrest women wearing fly front pants, but transwomen, female illusionists, the gay community, lesbians and anyone else the HPD vice squad did not approve of.

At that time women were expected to have their zippers on the side or in the back, otherwise, they were cross dressing.

And here's a sample of the oral history you'll be getting this weekend. 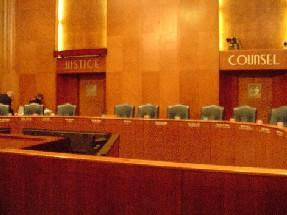 "On August 12th, 1980, after several delay-tags that were put on the repeal ordinance, it was again before Council. At the time, our Mayor was Jim McConn. He was out of town, as was Jim Westmoreland. McConn knew that it was coming up on the agenda, and he had told the Mayor Pro Tem for that day, Johnny Goyen, that it was alright with him. City Secretary, Anna Russell, waited until Council members Homer Ford and Larry McKaskell were on the phone. When they got on the phone, she immediately handed the repeal to Johnny.

You see, the deal is that under council rules if you're present and you don't vote no, then it's an automatic yes vote. Homer and Larry were on the phone. They didn't even know what was going on. There was only one no vote, and that was Council member Christin Hartung, she was the sole and only no vote. I still hope that somebody will beat her. Homer and Larry went to Johnny about five minutes later, and Johnny says, "oh, I didn't know that was going through." The ordinance was repealed and it has remained so to this day."

On Saturday August 14, Phyllis will tell stories similar to this one about the anti-crossdressing ordinance fight and her long battles starting in the late 70's for trans civil rights.

The TransGriot will be there for this one. So join me and the Transgender Center folks as we gather to celebrate Phyllis Frye's long fight against discrimination and celebrating this historic occasion.

Everyone is welcome, food will be provided, but bring your own beer and wine.

For more info e-mail Lou Weaver: lou@tgctr.org
Posted by Monica Roberts at 12:00 AM