Do I Miss Louisville? 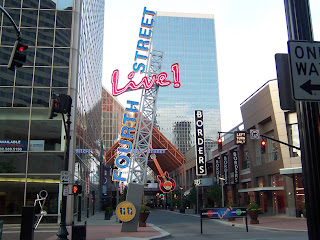 It's been a few months since I left Da Ville to move back to H-town to the cheers of the people living inside Harris County and the sorrow of the folks living inside Jefferson County.

Jefferson County, Kentucky that is, AKA Louisville Metro.

Well, as I'm getting reacclimated to life in Houston, getting reacquainted with old friends and meeting new ones, the flip side is that I miss the friendships and relationships I established during my time in Louisville. 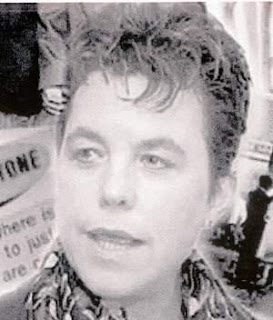 I miss doing some of the things that became traditions for me as well. In a few weeks Carla Wallace's Lawn Party will happen on Labor Day weekend. It's a event that progressive Louisville doesn't miss, especially during an election season.

The same is true for the St. James Court Art Show in October.

I miss the Friday night dinners with Polar and Dawn, those long conversations I used to have with both of them on various occasions, my other roomies nieces Heather and Amanda, and Mama Bear too, AKA Polar's wife.

I also miss 'sliiiiiiding into Edenside' to spend some time with Rev. Sally McClain and my church family there. I loved watching her more than hold her own with the boys as a panelist on The Moral Side of the News show.

You have to be a member of Edenside to get the joke. It came from me DJing for the church during Bardstown Aglow one year.

I miss my sistahgirls Shaha, Angie, Aletha, Chrystal, Dr. Kaila and various people in the GLBT community in the state. I also miss the road trips me Dawn and Polar would do to Lexington and various places in the area.

And it's really going to hit me when the fall campaign heats up and I'm not part of the endorsement interview teams for C-FAIR, on the U of L campus speaking or taking part in various events and the new arena opens up in a few months for the upcoming U of L basketball season..

I could do the same here for the HGLPC, but it's going to take time for me to get replugged in to all the networks and the Houston progressive scene like I was up there and realistically it'll probably be next year or 2012 before I can.

While I had my moments, good, bad and indifferent in Louisville, I did meet a lot of wonderful people, get to know some a lot better, and for 8 years had the pleasure of not hearing my old name for almost a decade. That did wonders for my development as the Phenomenal Transwoman.

And yes, this blog started while I was up there.