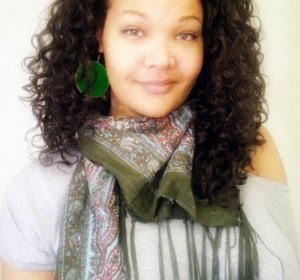 Since I just moved back into the Houston area a few months ago, I'm in the process of finding out as I get reconnected in the community what's changed since I left for Da Ville in 2001.

While researching another story, I stumbled across the videos from Diamond Stylz and her blog that posts them.

Diamond's originally from Indianapolis, transitioned at age 13 and graduated from Arlington HS, the same HS that's the alma mater of actress Vivica A. Fox, who graduated from it in 1982.

Yeah, still love me some Vivica.

I point that part out because Diamond mentions in one of her blog posts that she had to have the ACLU's help in 1999. She was the plaintiff in a 1999 case in which she had to fight for the right to attend her prom expressing her gender ID the way she had done all through high school.

Yep, she won, and got to rock her black prom dress.

But finding out about this case puts KK Logan's in a different light now. If this happened in 1999, then KK Logan's case in Gary, IN that's currently in the federal court system turns out to be even more egregious.

But back to Diamond. She's now living here in Houston and the TransGriot is very interested in meeting another African descended transsister in her backyard who tells it like it T-I-S is. But until that day happens, I'm going to be checking out her thoughtful videos and her blog.

Hey Diamond, if you're reading this, looking forward to meeting you over lunch one day.
Posted by Monica Roberts at 12:00 PM