Vandy Beth Gets Her Job Back....But 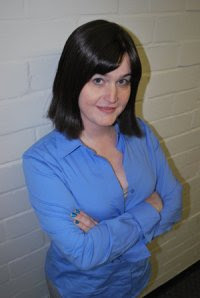 And there is a but in this discrimination case.

Glenn gets her job back, with salary, seniority and benefits but her transphobic boss wants her to stay home. An agreement was reached in federal court Friday in which Vandy Beth Glenn will be reinstated to her Georgia legislative editor job.

But since Sewell Brumby, the man who fired her three years ago and jumped this mess off in the first place is once again technically her boss, it was thought best that since Brumby is appealing Judge Richard Story's order, the potentially awkward situation be avoided.

Especially in light of what Brumby said about Glenn in a deposition taken last year according to the Atlanta Journal Constitution.

“It makes me think about things I don’t like to think about, particularly at work … I think it’s unsettling to think of someone dressed in women’s clothing with male sexual organs inside that clothing.”

The appeal could take up to three years to sort out, so stay tuned for the ongoing story and results from this peachy trial.
Posted by Monica Roberts at 12:01 PM