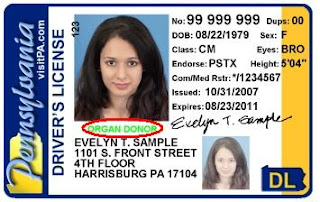 The Pennsylvania Department of Transportation announced it is changing its policy on how trans people identify themselves on driver's licenses.

PennDot and Equality Pennsylvania announced a settlement agreement Wednesday that allows people to change the gender on their licenses if they are living full-time in their new gender and it can be verified by a licensed medical or psychological caregiver.

The new policy will take effect immediately and aligns PennDot with the 25 states that have already adopted similar policies.

The previous policy only allowed changes in gender for drivers who could prove they had sex reassignment surgery.
Posted by Monica Roberts at 7:00 AM