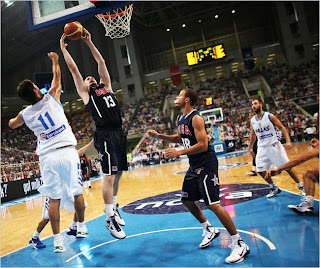 It was after a thank you Lawdy 2004 Olympic bronze medal, hard on the heels of an embarrassing and unacceptable sixth place FIBA worlds finish on home soil that Team USA revamped the way it approaches international basketball on the men's side.

The 2010 FIBA World's edition of Team USA returned to the scene of that basketball crime to take on Greece yesterday in their final tuneup game before the start FIBAworlds pool play Saturday against Croatia.

I watched Team USA take the opening tip and go wire to wire in Athens for the 87-59 win, but as Team USA Head coach Mike Krzyzewski cautioned us, “The score is insignificant really because they didn’t have their complete team against us.

The Greeks did not use their centers 'Baby Shaq', AKA Sofoklis Schortsanitis and Yiannis Bourousis. 'Baby Shaq' was injured in warmups and did not play. Greece also didn't play much zone because we probably will see them again in the knockout rounds. 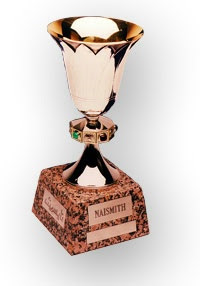 But it was fun to watch this team run up and down the floor and roll up a 22-2 edge in fast break points, have Eric Gordon come off the bench and light it up from FIBA three point range (and lead all scorers with 18 points), force 21 turnovers, and have a 44-22 rebounding edge.

But now the real work starts to bring the Naismith Trophy and the 2012 automatic bid back to the USA. Team USA will play five games in six days starting on Saturday against Croatia, and from this point until they are hopefully hosting the trophy on September 12, the games count.
Posted by Monica Roberts at 11:01 PM