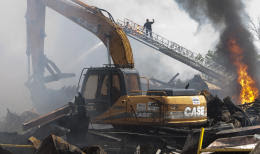 Friday night at approximately 4 AM CDT the warehouse in which Harris County's 10,000 eSlate voting machines are stored mysteriously went up in flames and has county officials scrambling to find replacements for those machines before the October 18 startup date for early voting.

As of yet there hasn't been any announced cause for the fire, but there are a lot of things percolating below the surface of this that are making thinking individuals here in H-town go hmmm.

*The GOP controls the voter registration apparatus in Harris County and much of county government. Paul Bettencourt, the previous registrar was more concerned with nitpickingly purging the voter rolls as fast as peeps registered. 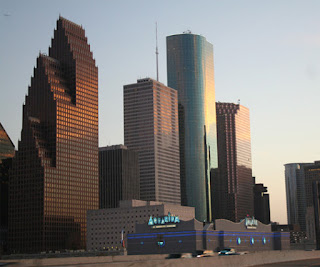 *Leo Vasquez, the current registrar lost in the GOP primary to an Anglo,and he's trying to prove in the limited time he has left in that position he's more 'conservative than thou.'

*As the largest city in the state, Houston and Harris County's 1.9 million registered voters provide about 15% of the total votes cast in any Texas statewide race.

*This city and county over the last two election cycles (2006 and 2008) have been ejecting Republicans from control of many of the judgeships and countywide offices. 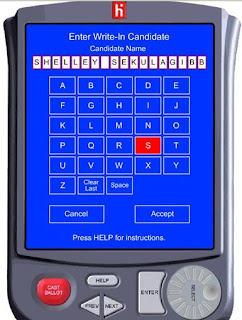 Factor into this situation the Harris County Republican Party along with their slimy cohorts at the state and national party have engaged in voter suppression tactics since 1984. It's something that I angrily discovered during that Reagan-Mondale presidential election year.

To add more intriguing food for thought to this political stew, a new right wing group in town suddenly starts singing the usual GOP song and dance about 'voter irregularities' and 'voter fraud'. Translation: their code words for 'too many non-white people and 'libruls' exercising their right to vote.'

Since ACORN isn't around for the conservafools to attack, their faux outrage has fallen upon a group called Houston Votes with Leo Vasquez claiming 'fraud' as well. Houston Votes called them on it.

We have a governor's race in which Rick Perry had a bitterly contested March three way GOP primary with Sen. Kay Bailey Hutchinson and teabagger Debra Medina that left many Hutchinson supporters with bruised feelings and reportedly Sen. Hutchinson herself pissed at Perry. 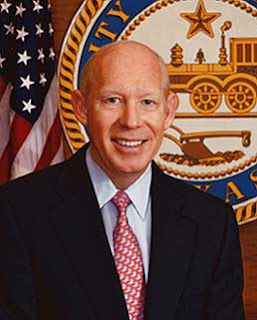 The Democratic nominee for governor in this cycle is former Houston mayor Bill White, who during his 2005 and 2007 mayoral campaigns captured an astounding 91% and 86.5% respectively of Houstonians votes.

White has attracted some support from Republicans tired of Governor Goodhair's occupation of the governor's mansion ever since Junior departed for Washington in 2001 and pissed over the primary results.

If you were a GOP strategist deathly afraid that an increased Houston turnout combined with other urban areas of the state and a pissed off Latino vote would be enough to make Bill White the first Democratic governor in the state since the late Ann Richards won in 1990, since we know the GOP will do anything to win an election, I could see someone in their ranks saying burn, baby, burn to that voting machine warehouse in order to attempt to depress the number of precincts available for voting in POC areas.

But I definitely smell a rat, and what kind of rat we'll find out later.