Yes, That Would Make You Sellouts 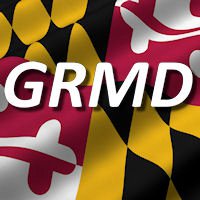 I've had a little pushback (as usual) about one of my posts.

I penned my thoughts (and Kat was reading my mind long distance)  concerning the instant trans org Gender Rights Maryland and the deja vu similaritities to 2003.   This situation reminded me of when I was part of a multicultural NTAC and all white NCTE suddenly appeared complete with a Washington DC office, rumors of funding and a Quisling promising that cooperating with HRC would yield faster trans civil rights advances instead of NTAC's carrot and stick approach with the Evil Equal Sign Organization.

Been more like acquiescence than cooperation over the last decade...but that's a story for another time.

That's so sad, this is one reason we can't get anything passed in Maryland.. Division of people in our minority group.. Those girls are not "sell-outs".. I have testified beside them both in MD house and senate hearings, the sad part is it is usually the same few people who do so every year.... One of the reasons we fail is that we do try to get as much protection as possible, with so little support.


My response to the person:

you tried to pass an unjust bill that didn't have public accommodations language over the objections of much of the Maryland trans community, tried to squelch the voices of people opposed to that, and were on the boards of or working with the Gay Inc org that cut the backroom deal in the first place

So yes, that would make you sell outs

Now that you have the context in the way I'm using the world sellout, let's continue this post.

The reasons you failed in Maryland was you tried to cut a backroom deal that didn't have the support of the trans community of the Free State.   You only sought the input of well to do white transpeople.  You tried to use Sandy Rawls as a token to imply you had African American trans support for the bill and when she learned HB 235 didn't do what it's backers claimed it would and withdrew support for it you and your EQMD friends marginalized her.  You also tried to ignore, belittle, drown out, erase, attack, or silence anyone who had a dissenting opinion about your unjust bill.

So yes, engaging in those behaviors in order to pass a bad bill that will not benefit the community at large while trying to cozy up to Gay Inc orgs like Equality Maryland for your personal gain make you sellouts.

Hope when you look in the mirror in the morning you can live with that.