As y'all know we Texans love beauty pageants, and I'm a big fan of them   Despite my distaste for Donald the Bigot buying the Miss USA/ Miss Universe pageant system I still watch it if there is a Miss Texas or Miss USA of color competing in them.

I also root for the women of color of other nations to win if Miss USA doesn't have a shot or a woman representing a nation of the African diaspora is in the semifinal or five finalists for Miss Universe.

Speaking of Miss USA, time to do a little bragging about the home state and how its fared in the pageant.   Miss Texas reps have won the Miss USA pageant nine times, with the last one being my Houston area homegirl Crystle Stewart back in 2008.   Last (and so far the only) Texan to win Miss Universe was another Houston area girl from Deer Park named Chelsi Smith in 1995.

I still think Crystle would have won Miss Universe in 2008 if she hadn't fallen. like 2007 Miss USA Rachel Smith did the year before.     Arrgh. 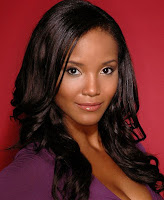 Now that I got my gratuitous Texas bragging out of the way, on to the story

May 28, 2002 was one of those groundbreaking years to watch the Miss Universe pageant.   It was being held in Puerto Rico and out of the 75 contestants, there were a higher than usual number of African descended delegates.

I'd just finished watching a Miss USA pageant in which four of the five finalists were African American and Miss District of Columbia Shauntay Hinton won it.

In addition to the USA being represented at this event by the third African American to win the title, seven other nations sent their first ever African descended delegates to the Miss Universe pageant. 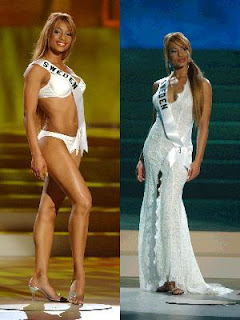 Colombia sent Vanessa Mendoza, who was one of the pre-pageant favorites for the 2002 crown.   The Dominican Republic's Ruth Ocumarez was another favorite to make the semifinals.   So was Mexico's first African descended winner in Ericka Cruz.

So with all the groundbreaking African descended contestants and the pageant taking place in Puerto Rico you would think that one of these sisters would make it to at least the semifinal round.

Umm, no.   When they started calling the names, the only thing the sisters got besides the Best National Costume Award in Ruth Ocumarez's and Vanessa Mendoza's cases was dissed.

The ten semifinalists on the stage when they stopped calling names were from China, India, Russia, Canada, Albania, Cyprus, Venezuela, Panama, Germany and  South Africa.

Surprisingly Miss Puerto Rico didn't make it to the disgust of the home crowd and neither did Miss USA while first time entrants China and Albania did.

This pageant was eventually won by Oxana Fedorova of Russia, but four months later she was dethroned and her first runner up Justina Pasek of Panama was crowned Miss Universe.

But it still mystifies a lot of pageant watchers as to how the 2002 Miss Universe, with the additional groundbreaking delegates of African descent from Latin and South America, failed to have one African descended girl in the semis. 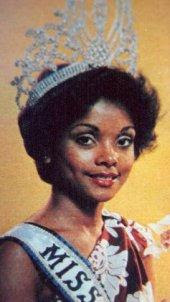 Frankly, one of the reasons I'm grousing about it like many people did at the time is because not only did it look shady, we also recognized the bigger picture.   If a few of those Black Latinas had gotten through to the semis, it would have given other girls in those nations hope that they could someday win their national crown and make it more likely the people in their national organizations would feel comfortable giving Black Latinas chances to do so more frequently.

There's also the serious shot in the arm the self esteem of Black women in those nations and across the Diaspora would have gotten just by seeing sisters from different lands standing on the Miss Universe stage that night as well.

In case you're wondering, that's the night Janelle Commissiong of Trinidad and Tobago broke through the pageant color line for African descended women across the Diaspora and won Miss Universe.