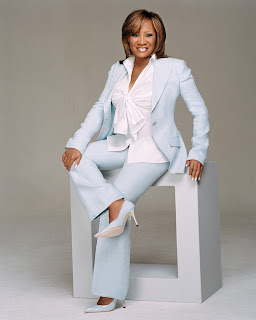 Today is the birthday of iconic Grammy winning singer and actress Patti LaBelle, who in 1944 was born on this date in Philadelphia, PA.

The career of the 'Godmother of Soul' spans several decades and she is an iconic presence in the African American community.

She's especially loved in the rainbow African American one.    Back during the 80's and early 90's the two most popular people my FI friends used to emulate were Diana Ross and Patti LaBelle.    She's also loved in the African American TBLG community for her advocacy work that earned her a GLAAD Media Award in 2007.

She's not only an Apollo Legends Hall of Famer, she was listed by Rolling Stone magazine as one of 'The 100 Greatest Singers of All Time'.  Her voice is the one that Oprah used for her show's theme song from 1996-1998

And those of us who were (and still are) fans of the groundbreaking  television series A Different World can't forget her recurring role performances as Dwayne Wayne's mother Adele Wayne.

Happy birthday Patti!   May you have many more!