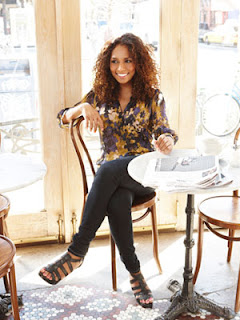 I was happy to see the May Marie Claire article and It Gets Better video from people.com editor and blogger Janet Mock for another reason besides the one a certain loud and usually wrong sector of separatists trumpet.

For far too long Black trans people haven't had the role models to point to that our white colleagues have had since the 1950's.

Yes we have and have had transpeople who are Black, proud, professional people who do not see being born trans as a curse and just live our daily lives being the best people we can be..

We have Black transpeople who helped shape the history of this community, have fought (and continue to fight) the ongoing civil rights battles as well.

The problem has been that we haven't had enough African descended transpeople for various reasons telling our stories.  The erasure and marginalization doesn't help either.  Until we have more transpeeps of African descent telling their stories to the point this becomes a ho hum event, then the misguided attitudes and ignorance about transsexuality in the African American community isn't going away any time soon.

Ignorance that's on display on a regular basis in elements of the Black blogosphere and already getting cranked up to aim what's left of their transphobic commentary they haven't aimed at Wendy Williams or Ciara at Ms. Mock..

I've commented on a few of my posts that there are many women that I respect and admire to the point that if they held a press conference tomorrow and declared they were trans, I would welcome them with open arms.

Janet Mock is one of those women. 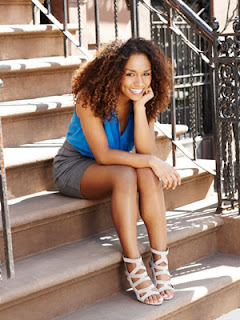 So Janet, I owe you a big hug when we finally do get the opportunity to meet, whenever or wherever that happens.

Until then, this electronic one will have to do

Your coming out and telling your story I hope and pray will have a positive effect on young African descended transkids who are struggling with this issue, open the hearts and minds of their parents, and jumpstart a serious discussion in the African American community about trans issues.

This is an interesting and a pivotal decade for African American transpeople in which we are at a critical crossroads.  It's been past time for us to strike back at the negative 'unwoman' imagery aimed at us and push back the negativity that prevents us from taking our rightful place at the African American family table.

Janet, you thanked me for posting your 'It Gets Better' video to TransGriot.    I thank you for helping me prove my point there are positive, intelligent professional transwomen of African descent.

Looking forward to if I'm blessed to do so, finally giving you the hug I owe you.