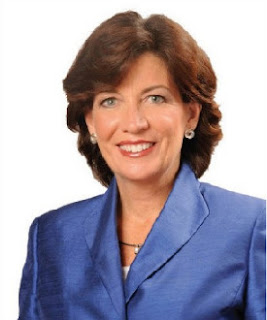 Democratic candidate Kathy Hochul opposed it while Republican candidate Jane Corwin supported it.   Both sides poured in $6 million in cash and tons of robocalls.   Speaker Boehner and Eric Cantor flew in to try to save the day along with Karl Rove and the GOP special interests.

But it was all for naught.   Kathy Hochul, who two months ago was looking like just another Democrat who was going to lose this district, seized on her opponents blunder to win the special election to fill the seat that just a few short months ago elected Republican Chris Lee by a 73-27 margin before he was forced to resign in a scandal.

She will become the first Democrat ever to represent this district, and it reduces the number of seats the Democrats need to take back the House to 24.

Congrats Congresswoman elect and give 'em hell in Washington.