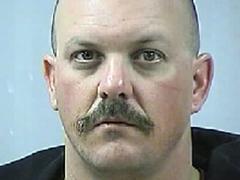 TransGriot Note: Post may be triggering for some readers

I talked about former San Antonio police officer Craig Nash, who last year was arrested and charged with sexual assault and official oppression of a transwoman

The victim claimed that Nash picked her up shortly after 3 AM CST at Guadalupe and Zarzamora streets on San Antonio's West Side. Nash handcuffed the victim in the back of a marked patrol car before taking her to an unknown location and forcing her to engage in multiple sexual acts.

The affidavit states Nash reportedly was wearing his police uniform at the time.

Two days after his arrest, a second trans person came forward to report that she had been raped by Nash in 2008.   The transperson that made the initial complaint picked Nash out of a lineup, the GPS tracking of his patrol car was consistent with the witness testimony and the rape kit DNA linked Nash to the complainant.

The case finally reached 437th state district Judge Lori Valenzuela's (R) court and on January 18 Nash was sentenced  as part of a plea agreement to one year in jail for the Class A misdemeanor of official oppression.   In exchange, prosecutors agreed not to pursue a felony charge of sexual assault by a police officer, which had a maximum sentence of life in prison.   Nash also agreed to never seek work again as a police officer in Texas.

“Officers should be held to a higher standard,” prosecutor Trey Banack said of his request for jail time. “A police officer who is a criminal does not deserve mercy from the system he serves to protect.”


If that's the case, should've pushed for the felony charge.
Posted by Monica Roberts at 9:30 AM