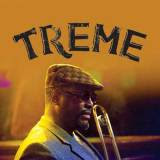 I first started hearing about this show after reading Dr. Kaila Story (miss you Dr. K) raves about it on her FB thread one day.  I tuned in and fell in love with it since I spent two years of my childhood living on the West Bank, visited the city a lot during the late 80's-early 90's and have a godsister who still lives in the area.


The show I'm talking about is HBO's Tremé (trah-may) that's produced by the same creative team that gave you The Wire.    It's set in post-Katrina New Orleans and it comes on at 10 PM ET on Sundays.    And good news for you Tremé fans, it has been renewed for a third season.

The series takes its name from the Tremé neighborhood, one of the oldest in the city of New Orleans.   It's the neighborhood where free people of color congregated in the city's early history.    It is also the center of African-American culture and Creole culture and where the brass band tradition was born

Season one was set three months after Hurricane Katrina's August 2005 arrival and began with an 80 minute episode.   Season Two picks up 15 months later.

The series is also filled with New Orleans references since the writing team likes to be as accurate as possible.  New Orleans Times-Picayune writer Dave Walker also does a Tremé Explained column in which he breaks down all the New Orleans speak, cultural references, and local locations where the series is shot.

So yep, I'm impatiently waiting for tomorrow's episode.
.
Posted by Monica Roberts at 12:00 AM