This Time It's For The C-USA Title 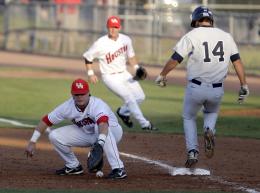 The UH and Rice campuses are several miles apart and when we're not trash talking each other about our respective campuses, we have heated rivalries in whatever sport we're competing against each other in.

While UH has dominated the sporting rivalry on the football, and basketball side, when it comes to baseball, the Owls are the team to beat.

The Owls captured the 2003 CWS title, have dominated baseball since joining Conference USA in 2005, and won a share of the 2011 C-USA regular season title.   They are a regular fixture in the C-USA tournament championship game, having played in it four times in the last five years.

And to the consternation of Cougar fans the Silver Glove Trophy, which has been since 1998 awarded to the school that wins the season baseball series between Rice and UH has been owned by them for 11 straight years.   Rice has beaten UH 14 straight times, including five times this season and 19 of the last 20 since 2008.

We've also had to endure the ribbing from Rice fans that for the first time in two decades swept the mens  major sports in the regular season of an academic year.

Case Keenum coming back for a medical redshirt year will take care of that football issue and the Bayou Bucket will reside on Cullen Blvd.where it belongs once again. 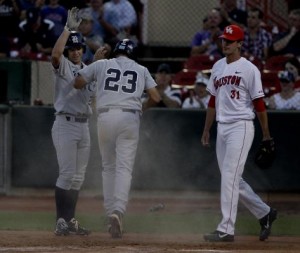 2008 was the last time UH won the C-USA tournament title and they struggled through injuries this year in finishing 12-12 in conference play.   True to their season, they did it the hard way once they arrived in Pearl, MS, the C-USA tournament venue.   It took a five run ninth inning rally to beat third seeded  East Carolina in their tournament opener, then beat second seeded Southern Mississippi in a 14 inning marathon that ended at 2 AM.    They dropped a 7-1 decision to Tulane but their 2-1 pool play record was enough to get them to the title game.

And who will be the Cougars 2011 C-USA title game opponent?     None other than the top seeded Owls, who have now made it to five C-USA title games in the last six years..

This all Houston C-USA title affair features one more UH versus Rice matchup at 7 PM CDT.   This time the winner gets the C-USA title and an automatic bid to the NCAA playoffs to determine who goes to Omaha for the NCAA 2011 College World Series.

Sooner or later we're going to beat them in a baseball game this season.   Sure would be nice if it were today.