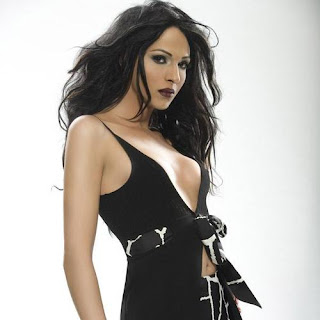 Israeli transwoman Dana International's quest to become the first two time winner of the Eurovision Song Contest takes center stage in a few hours when she sings 'Ding Dong' during the second semi final round in Düsseldorf, Germany..

Nineteen contestants already performed in the first semi final round on May 10, with ten of them already through to the May 14 Grand Final.    Dana will have to get voted into the top ten of this second semi final in order to have a shot at making Eurovision history.

She won this event in 1999, so I'm interested in seeing what Jean Paul Gauthier gown she's going to wear for this year.

She didn't make it to finals, but she's still a winner in my opinion. Her voice is beautiful.