Mothership Landing At The Smithsonian 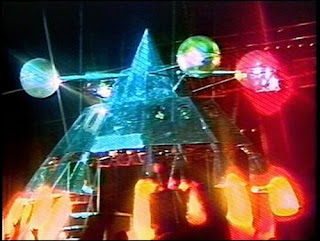 Funkateers, raise your hands and give a P-Funk salute in the direction of Chocolate City, because the Mothership is about to land in DC.

“I’m about to cry!” Parliament-Funkadelic's George Clinton told the AP from his home in Tallahassee recently. “They’re taking the Mothership! They’re shipping it out! . . . But I’m glad it’s going to have a nice home there.” 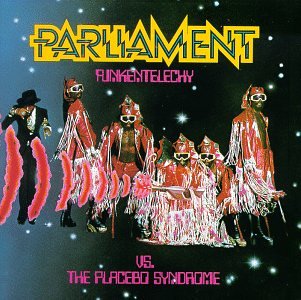 It's not the original one I and legions of Funkateers who attended their shows got to see in concert when it first took flight in 1976, it's a 1200 pound replica built in the mid 90's.   The original one got sold by Parliament-Funkadelic's Washington based tour management company to a Prince George's County scrap yard in 1982 to satisfy the mounting debts piled up by those extravagant P-Funk Earth Tours and the Funk Mob legally fighting each other.


What happened to the original Mothership is urban legend territory now, but if it's intact, it's worth a lot of money.


The replica Mothership was donated by Clinton and is now safely ensconced in storage until the 2015 opening of the National Museum of African American History and Culture. 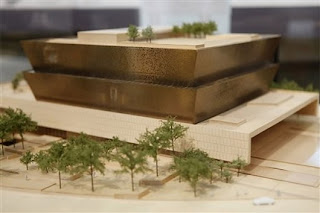 The museum will be located and built on a five acre site adjacent to the Washington Monument that is bounded by Constitution Avenue, Madison Drive, and 14th and 15th streets N.W., with construction to begin in 2012.


But don't be surprised people when you see a long line of P-Funk fans like myself waiting for the opening of the museum and some of us are chanting P-funk slogans as we do so.