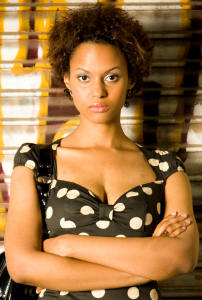 You think you can publish an article by a psychologist with a history of race baiting, yank it off your site when the wrath of the African American community and our allies comes raining down on you and try to justify the initial Kanazawa article with another one by a different psychologist trying to spin it as 'jump starting a dialogue'?

Naw Psychology Today, you stepped in it on this one.   You jump started a dialogue alright, one that you  folks probably weren't expecting.  It's a conversation about your judgment and relevancy as a trusted magazine covering psychology issues in light of the fact you let a serial race baiter publish such incendiary bull feces..

And no, the African Diaspora.is not letting the issues of disrespect of sisters using racist tropes masquerading as pseudo-science die either.  Loved Khadijah Britton's Scientific American post on the subject and the article at The Guardian by Nanjala Nyabola.

Nyabola's post will dispels any attempted spin that it's only African Americans who are pissed about it.

Change.org has a petition with over 30,000 names on it demanding the folowing:

1) a public statement from Psychology Today editors demonstrating accountability for the article itself and the editorial conditions that allowed this article to be published on your website.

2) the removal of Satoshi Kanazawa as a contributor to your website, magazine, and any other Psychology Today publications based on his history of discredited research and repeatedly submitting racially biased articles to Psychology Today, including this most recent disturbing article that your editors chose to abruptly scrub from your website.

3) and the development of more thoughtful and sophisticated strategies for identifying how racism, sexism, homophobia/transphobia, and other oppressions and biases shape any so-called "objective" scientific inquiries, methodologies, and findings that your contributors examine in your publications.  These strategies should be communicated to the public in an effort to be more transparent about how you are disrupting bias in your reporting.

So nope, we ain't letting it go until we get the apology for publishing the article that disrespected us in the first place.