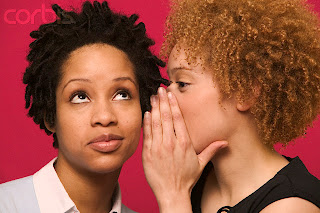 I had a FB comment thread get cranked up Saturday when I vented a bit about the ongoing vanilla scented intramural semantic word feud between the WWBT's and 'errbody' they hate on.  I focused on part of their problem besides their unmatched ability to break mirrors and foam at the mouth without messing up their lipstick.


You know...some transwomen really need to get over their issues with internalized homophobia, transphobia and hatred of crossdressers

The thread that resulted from it has 70 plus comment (and counting) and has been a pretty much thoughtful and respectful discussion on the issues.  I have over 1200 people as FB friends and like a variety of INTELLIGENT people chiming in on various issues.

One of my cis sisters Shannon chimed in during the conversation, and I pointed out a simple truth in my response to her:

Me and my transsisters need to hear what's on your mind.

As I've stated in this blog and will continue to do so, my guiding transition principle since I started in 1994 is that I strive to be a compliment to my African descended cis sisters and womanhood in general. I believe the best way to do that is get regular input from and talk to someone who is and has dealt with the issues and challenges inherent in evolving into womanhood with a female body from birth. 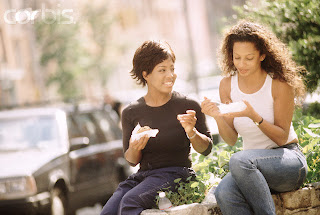 Since I'm a Black trans female, the best way to become a quality Black woman and deal with the issues inherent in navigating society with a Black female body is to have conversations and dialogue with Black cis women on a regular basis.


So in my sistahcircle I have cis women breaking it down to me on a regular basis what it means to be a 21st century Black woman.   They have had the body from birth, been socialized in the role, experienced the good, bad and indifferent parts of femininity and done so for decades.

I've also been fortunate to have in my life women who aren't scurred to put their size 8's up my behind  (or whatever shoe size they wear) up my behind when I started tripping or trying too hard.   It made me a better, more authentic person by dealing with the constructive criticism and helpful hints they provided and handling what I needed to deal with.

And yes, even though I transitioned in 1994, I'm still evolving as a person.   While I realize I'm going to make mistakes, I still strive to be a compliment to Black womanhood, not a detriment to it.

Got enough negative examples on both sides reflecting poorly on Black womanhood out there already.

The ciswoman gets an 'ejumacation' and their horizons expanded in terms of what transwomen deal with, is a   better equipped ally to be our swords and shields when she is out and about in the world with her cis female friends and bouts of transphobia happen, and gets a loyal friend with inside information gained from their time on the other side of the gender line on how the male ego works and how they think..


And both women hopefully get a loyal, long term friendship out of the deal as well.

Posted by Monica Roberts at 3:45 AM