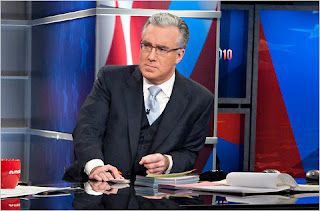 The man the conservafools love to hate, Keith Olbermann, is about to come back on the air to their disgust, and it's about damned time. .

The clock is ticking toward the June 20 air date and return to the cable television airwaves of Keith Olbermann's Countdown. It'll be broadcasting on Current TV, the network cofounded by Joel Hyatt and former President Al Gore starting on that date, and cannot wait until Keith starts tearing into the conservafools on a regular basis.

And no, that President Gore is not a typo.   Al Gore won the 2000 election and it is our country's and the world's loss that he didn't get to occupy the Oval Office instead of that village idiot that was all hat and no cattle. 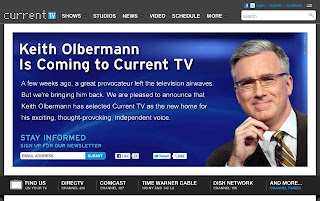 But back to the post.   I like Cenk Uguyr, watch Lawrence O'Donnell, love Ed Schultz and my girl Dr. Rachel Maddow, but like 'errbody' else have missed Keith tellin it like it T-I-S is at 7 PM CT.

And Joel Hyatt agrees. “Countdown With Keith Olbermann will showcase the return to television of one of America’s most gifted thinkers and communicators,” he said. “Keith will be back, speaking truth to power and calling them as he sees them -- but this time, on America’s only independent news and information TV network.”

And like all of us political junkies, those of us who take serious our obligation to be informed citizens of the United States and are concerned about what's going on in our country and around the world, I can't wait.