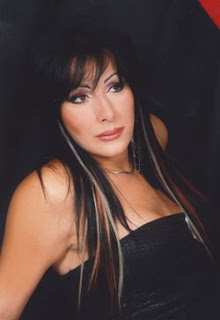 The roller coaster legal ride of Malta's Joanne Cassar continues as the Maltese Constitutional Court upheld the appeal of the Maltese Attorney General this morning in her ongoing marriage battle in which she has won some rounds and lost some.

Joanne has been battling this since 2006, when she and her then fiance were denied marriage banns by the Malta Marriage Registrar despited being post surgical..   She won a round in February 2007, it was revoked on a 2008 appeal, and she won again in December 2010,

According to the Times of Malta, The sentence delivered by the Constitutional Court presided by Judges Geoffrey Valenzia, Giannino Caruana Demajo and Tonio Mallia affirmed that a breach of articles 8 & 12 of the Convention on Human Rights had taken place in respect of Joanne Cassar. However the Court stated that this breach occurred due to a lacuna in Maltese legislation that did not allow for transgender persons to enter into what it termed 'a life partnership'.

Needless to say not only was Cassar and her attorneys disappointed with this latest ruling, so was the Malta Gay Rights Movement.  It pointed out that the Constitutional Court ruling failing to recognize Joanne Cassar as a woman who could marry a man went against the judgement of the European Court of Human Rights as expressed in Goodwin vs UK and other recent judgements and jurisprudence of the European Court of Justice.

The MGRM also noted that the court adopted “the narrowest possible interpretation of gender based solely on biological criteria,” to deny Ms Cassar’s right to have her affirmed gender identity recognized by law.


Stay tuned, this one is going to Strasbourg, France and the European Court of Human Rights.

TransGriot Note:   Initial reaction from TGEU.   Nothing yet from Joanne Cassar or her legal team.