The Texas Lege Headed To A Special Session 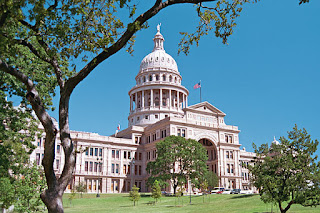 Today is the last day of the 82nd Texas legislative session.   Although we trans Texans got a major legislative victory this year when SB 723 died, because the Republicans wasted so much legislative time on their pet right wing social issues and this was a redistricting year, the budget didn't get dealt with until late in the session.

One of the main sticking points in passing the budget is the GOP desire to cut $4 billion over the next two years from public education despite having $6 billion dollars in the state's rainy day fund.    Democrats said no way on that and voted as a bloc to oppose HB 1 in the House.   But peeps, when you're facing a 101-49 GOP majority not much you can do to stop crappy legislation unless you get Republicans to join in, and only 15 did. 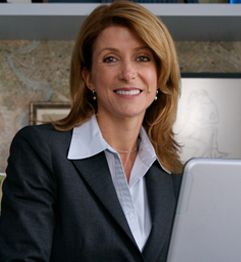 The SB 1811 companion bill in the Senate got filibustered to death Sunday thanks to Sen. Wendy Davis (D-Fort Worth).  The GOP redrew her Fort Worth area district to make it next to impossible to win it assuming the GOPmandered map passes Department of Justice muster, so she decided to go out fighting for Texas school kids and torpedo this jacked up budget.

The bill can still be revived today on a 4/5 majority vote (25 senators) which means the Republicans need to get five Democratic senators to vote with them to do it.


"Those in charge have made irresponsible choices in allowing special interests to preserve tax-payer funded loopholes, while telling educators, students and working families that we can't afford to educate Texans,"  Sen. Davis said in a post filibuster news conference afterward.


Of course Governor Goodhair is not a happy camper and will probably be calling a special session to deal with the budget probably as soon as the clock strikes midnight.

While that gives the state another opportunity to get it right on school funding, it also gives State Rep Wayne Christian (R-Center) another chance to not live up to his name.  He has been trying to pass an amendment that kills GLBT centers on state college campuses.

Stay tuned Texans, we're about to go into legislative overtime in Austin.