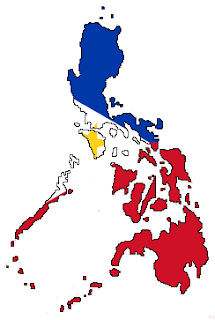 My Philippine trans cousins and their GLB allies have been busy trying to get an anti discrimination bill passed.


It's House Bill 1483, and titled An Act Defining Discrimination on the Basis of Sexual Orientation and Gender Identity and Providing Penalties Therefore.

It was filed last August by Philippine Rep. Teodoro Casiño and is now pending with the House Committee on Justice.

What Casiño's bill would do if passed and signed into law is give our Philippine TBLG family the same basic civil, political, social and economic rights given to heterosexual cis persons that are currently denied to then by current Philippine laws or practices.

STRAP member Rica Paras called for the passage of HB 1483 to help equalize through policy the recognition and application of human rights to TBLG people.   She also sees it as a bold step towards stopping discrimination in the Philippines.

Members of the Progressive Organization of Gays (ProGay-Philippines) held a brief picket at the gates of the Batasang Pambansa in colorful rainbow costumes as part of the worldwide May 17 observance of the International Day Against Homophobia and Transphobia (IDAHO).

“We call on the House of Representatives to start holding hearings on the Anti-Discrimination Act of 2010 because it will help end homophobia and unequal application of human rights for LGBTs,” ProGay spokesperson Goya Candelario said.

Good luck, keep fighting for HB 1483 and hope it happens for y'all.
Posted by Monica Roberts at 3:20 PM