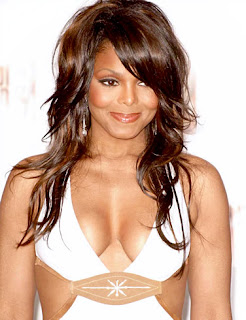 Miss Jackson if you're nasty.

Today is the day that Janet Damita Jo Jackson arrived on the planet in Gary, IN as the baby of the Jackson family, and next to Michael, she's the most successful of the siblings in terms of her career spanning the music and movie worlds.

I've loved me some Janet Jackson since she first appeared on stage doing the family variety show and later 'Good Times'.

She's grown up to be one very beautiful an talented lady, and was on my short list of music artists that if they were releasing a CD, I just bought it without listening to it because I knew it would be quality stuff.

Janet fit that mold during the 80's and 90s, especially when she was being produced by Jam and Lewis.    And yeah, one of the few reasons I liked the Why Did I Get Married? movie and its sequel was not only because of Tasha Mack's Angela character and Jill Scott's Sheila, but Janet was in it.

Hard to believe my fellow Tauron is 45.


Happy birthday Janet, and may you have many more.