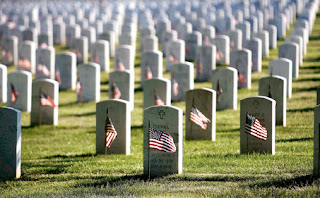 Today is Memorial Day, the day that we set aside to remember the men and women who have made the ultimate sacrifice for their fellow Americans.

As I strive to remind people, TBLG Americans have not only served, but given up their lives as well in military service for this country

Memorial Day 2011 comes several weeks after Osama Bin Laden was killed during a daring May 1 operation in Pakistan that may lead to expedited withdraw of American troops from Afghanistan and Iraq.

Time to bring our girls and boys home and start spending the money we waste fighting in those countries domestically on our infrastructure.and other domestic priorities.