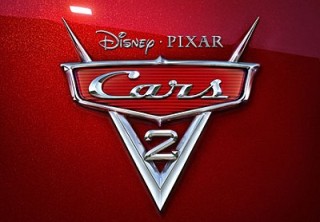 I fell in love with and added to my expansive DVD collection the 2006 Pixar movie Cars.   I loved the backstory with hotshot rookie racecar Lightning McQueen being stuck in the small town of Radiator Springs located a few miles off I-40 on old Route 66.  He was on his way to California and the Piston Cup championship race before he got sidetracked.   He discovers during his time there not only the values of friendship and teamwork, but that life in the slow lane can be enjoyable at times. 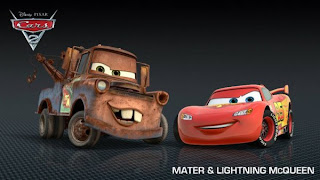 Cars 2 picks up in Carburetor County a few years later after Mack has just dropped McQueen off in Radiator Springs after winning his fourth Piston Cup title.    He's now an internationally known racecar, is still dating Sally Carrera and still tight with Mater and the denizens of Radiator Springs.   The invitation comes for him to participate in a three race World Grand Prix race series set up by a billionaire to showcase a new organic fuel he's promoting.

Mater convinces Lightning to enter despite the fact he just finished his Piston Cup schedule and was looking forward to spending some off season quality time with Sally.    She encourages 'Stickers' to go and take Mater with him.

Team Lightning McQueen sets off for the first race in Japan while master American spy Rod 'Torque' Redline is investigating an international conspiracy centered on the World Grand Prix.   The fun begins when Redline, closely tailed by Professor Z's henchcars has to dump his gathered intel on Mater, the first person he runs into at the reception for the World Grand Prix racers.

He had arranged to meet British superspy Finn McMissile to exchange the data at the party.   It leads to Mater being mistaken by British intelligence for Redline, and unknowingly for Mater puts his life in jeopardy as well.   .


Many of the voice actors from Cars are back for this sequel except for the late George Carlin (who was the voice of the hippy van Fillmore) , the late Paul Newman, who voiced Doc Hudson, and the late Joe Ranft who was Red and Peterbilt. 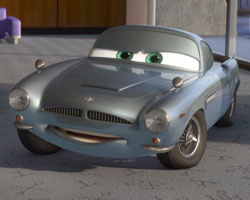 The Doc Hudson character wasn't in this movie, but Fillmore will be with a new voice actor.

Cars 2 is hitting the theaters June 24 next month and I'm definitely going to see this one.