Eurovision 2011 Grand Final Tonight-Dana's Not In it 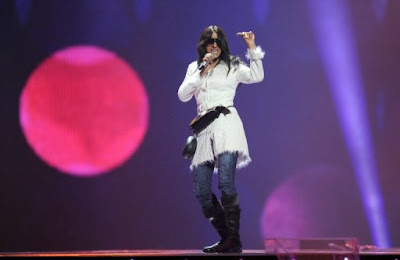 Was hoping that Dana International would at least end up in the Grand Final for the 2011 Eurovision song competition in Dusseldorf, but when the smoke cleared and the votes were tallied in the second semi final she failed to make it.

She was repping Israel once again and bidding to become the first person ever to win the event twice, but looks like no one was feeling her song entitled 'Ding Dong'.

Well, maybe next time.
Posted by Monica Roberts at 10:00 AM