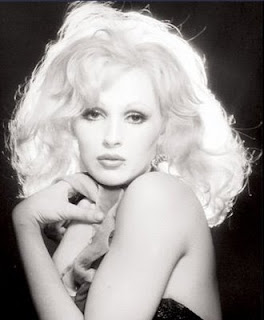 Here's the trailer for the James Racin documentary film Beautiful Darling.    It's about the short and tragic life of trans actress Candy Darling.  She went from growing up in the Long Island suburbs dreaming of becoming a star to becoming a beautiful blonde independent film actress and the muse of Andy Warhol on the verge of making that dream happen.

She tragically died of lymphoma in 1974 at the age of 29.    The documentary uses a mix of current and past interviews, excerpts from Candy's diaries and letters and vintage videos

I'll definitely be keeping an eye out for it at my nearest multiplex that plays indie films.