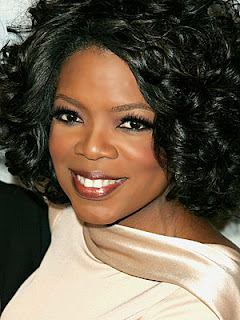 After 25 years and over 5000 shows, today is the day that Oprah fans all over the country have dreaded since she made the announcement that 2011 was going to be the last year of this show.

This is the day her last show will be broadcast. 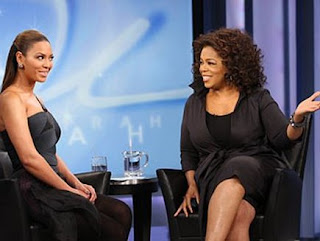 I remember the first time I was introduced to Oprah Winfrey.     It was in August 1986, and I was in Chicago for the funeral of my great uncle Leon.     My Aunt Ruth told us while me and my family was sitting down eating breakfast told us about a sister talk show host she said we just had to watch called  AM Chicago.

We did, fell in love with the show and like everyone else in Chicago watched until it was time for us to fly back to Houston.  The sister hosting that local talk show was Oprah Winfrey

Well, you know the rest of the story.  Former beauty queen from Mississippi after stops in Nashville and Baltimore ends up in Chicago.    The show me and my family watched one month later gets syndicated,  renamed the Oprah Winfrey Show, does its first broadcast on September 8, 1986 and blows up.

Oprah makes enough cheddar to become a billionaire, build a studio on a street renamed for her, buy a magazine, start her own network and become an icon. 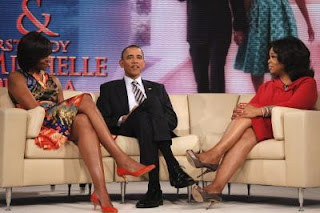 She's been a major influence on our culture, our lives, and our politics.   Writers are thrilled when they are selected for Oprah's Book Club because they get a ginormous boost in sales.   A certain African American resident of Hyde Park and his family are now living at 1600 Pennsylvania Avenue because of her endorsement.

Michael Jackson made a 1993 appearance on her show watched by 62 million people in which he revealed he had vitiligo.  Ellen DeGeneres came out in 1997 on Oprah.  The Little Rock Nine on her stage confronted the white students who heckled them back in 1957.  Recently her stage was the venue for a 50th anniversary reunion of the Freedom Riders.

Of course she has her critics and straight up haters.   There are some right wing women still mad at her because she strictly enforced her 'no political interviews until after the election' rule and wouldn't do one with Sarah Palin in 2008.   Some rappers can't stand and still hate on her. 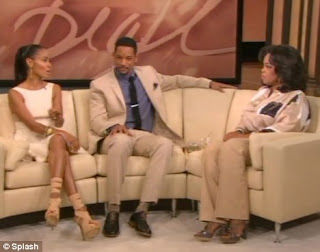 While I like her and the show, I still had problems with the fact that when Oprah finally started doing shows tackling the topic of transsexuality, she hasn't interviewed transpeople who looked like her and wrote open letters to her and a few blog posts on that topic.

Despite the fact that we African descended transpeople weren't included in the long list of guests who have appeared on her show over the last 25 years, like everyone else in this country I'm going to be tuned in to the last show.

According to sources, Will and Jada Pinkett Smith will be the last people to ever sit on Oprah's interview couch and close a historic and remarkable Emmy winning television run.