Yo Harold, You're Wrong Again 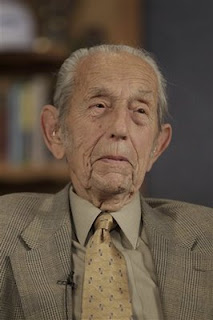 According to 90 year old Harold Camping, back on May 21 to much media coverage he proclaimed the world was supposed to end with a series of cataclysmic events and the Rapture would happen.

The day dawned, came and went and the planet was still here along with Camping's followers who quit their jobs in anticipation of it.

Camping had a stroke a few weeks later after claiming  his calculations were off and the real real End of the World would happen on today, October 21.

As this day approached, probably in reaction to the international mockery that rained down upon him in the wake of the last failed  prediction, he wasn't answering e-mails or the phone.  He and his Oakland based Family Radio International ministry people were tight lipped and directed not to talk to the media .

Outside of a few minor quakes in various sports around the globe including interestingly enough one centered on Berkeley, CA that registered a 3.9 on the Richter scale, so far Harold we're still here and on the other side of the International Date Line my friends over there have already reported in and are preparing to enjoy Saturday, October 22. .

Umm Harold,  your end of the world predictions since 1994 have been as accurate as Republican and Fox Noise predictions about political failure for President Obama.   Before you get motivated to make any more of them, open your Bible and turn to this scripture from Matthew 24:36

But of that day and hour knoweth no man, no, not the angels of heaven, but my Father only.

On that note, we now return you TransGriot readers to the rest of your day.