Can The Girls Of The African Diaspora End The Title Drought At Miss International Queen 2011? 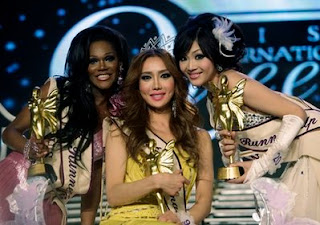 As I mentioned in a previous post, although there have been African descended girls in the Miss International Queen pageant, there has never been a person from the African diaspora who has walked away with the crown.  Stasha Sanchez came tantalizingly close with her finish in the top three last year as the second runner up in this internationally renowned and most coveted title in the trans pageant world. 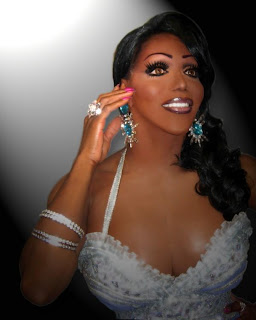 This year the 24 candidates represent 18 countries and the candidates from the African Diaspora include Sahhara, a Nigerian born UK resident who is the first ever continental African contestant in the Miss International Queen event, Brazilian Yasmin Dream and two African-American girls in 2010-11 Miss Continental titleholder Mokha Montrese and perennial Miss Continental competitor Silkie O'Hara Munro

When the pageant week starts on October 30 Thai time (today on my side of the International Date Line) and concludes with the televised final on November 4 (November 3), will 2010 queen Mini Han be placing the crown on one of their heads or will the title drought continue as the crown is placed on the coiffed head of one of the other 20 contestants?