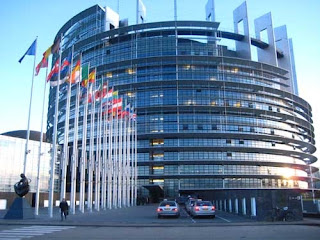 Noting the increased levels of persecution being aimed at transpeople around the world, the European Parliament voted today to formally adopt a new set of asylum rules that takes gender identity into account as a ground of prosecution that EU member states must take into account.

The resolution adopted by the European Parliament today now specifies that “gender related aspects, including gender identity, shall be given due consideration”. The text now refers to gender identity specifically, and obliges Member States to consider gender-related aspects.

Before today EU countries could still choose not to consider aspects linked to the applicant’s gender in asylum claims.

This new resolution text applies to all EU Member States except the United Kingdom, which opted out of EU asylum policies.  Ironically the resolution was drafted by British MEP Jean Lambert.

MEP Dennis de Jone, who is the Vice President of the European Parliament's Intergroup on LGBT Rights said, “Around the world, transgender people can be persecuted for who they are. This reviewed Directive will recognize the danger they face, and it will commit EU Member States to taking gender identity into account in asylum claims. I hope in a future revision it will also become mandatory to consider the sexual orientation of applicants.”

The new binding rules will become applicable to asylum cases after they are transposed into the national laws of the various EU members with the exception of Great Britain, Ireland, and Denmark, who opted out of the process.  Croatia is scheduled to become an EU member on July 1, 2013 and will adapt their national asylum laws to mesh with the just passed EU rules.

But this is wonderful news to transpeople who are facing persecution in their home countries just for being transgender and wish to make an EU nation their new home.