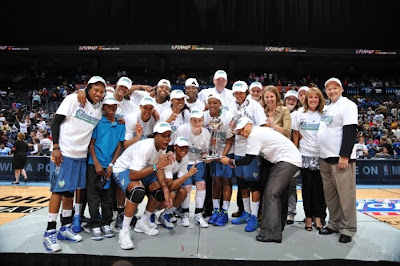 I'm late with this post, but in the midst of the news about the NBA canceling 2011-2012 season games no thanks to the lockout, had to show the WNBA and the Minnesota Lynx some TransGriot love.

I was a proud season ticket holder during the Houston Comets dynasty (sniff sniff) from 1997-2000 when they won four consecutive WNBA titles.  The Minnesota Lynx joined the league in 1999 along with the Orlando Miracle as an expansion franchise. 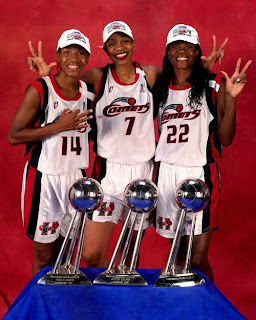 Back in the day we Comet fans would watch our Big Four of Cooper, Swoopes, Thompson and Janeth Arcain blow them out in WNBA basketball mismatches, make jokes about the Minnesota Missing Lynx or as a nod to the then popular game show at the time, call them 'the Weakest Lynx'.

Well, fast forward a decade to the WNBA's 15th season. My beloved Comets, one of the Original Eight WNBA franchises that started play in 1997 have been extinct for several years while the expansion team I gleefully made jokes about while ensconced in my Section 117 Compaq Center aisle seat is still in the league and is now the 2011 WNBA Champion.

And oh yeah, Compaq Center is now the sanctuary of Lakewood Church

Donna Orender, I and other Houston Comets fans are still pissed about how the WNBA handled the situation in 2008, and it's making it hard for me to regain the level of passion I once had for the WNBA.

Putting a new Houston Comets expansion team in the WNBA would be a nice start, but back to discussing 2011 WNBA ball and the new WNBA champs. 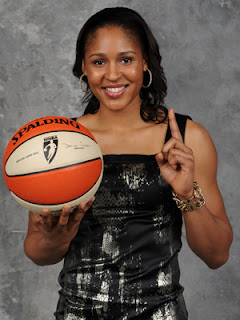 The Dream finished third at 20-14 and one game behind the Eastern Conference regular season winners the Indiana Fever and Connecticut Sun.  Both teams had identical 21-13 records but Indiana was seeded first due to winning the regular season series against the Sun. 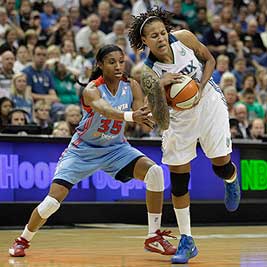 The Angel McCoughtry led Dream got hot in the playoffs. They swept the Connecticut Sun 2-0, won the Eastern Conference title and advanced to the WNBA finals for the second straight year by getting past WNBA MVP Tamika Catchings and her Fever teammates 2-1.

The dream of a WNBA title for the ATL-based WNBA ballers died once again as the Lynx swept the Dream in the best of five WNBA Finals 3-0 with the help of Moore and WNBA Finals MVP Seimone Augustus to claim their first WNBA championship.

Maya Moore was also named WNBA Rookie Of the Year to cap off a marvelous rookie season.