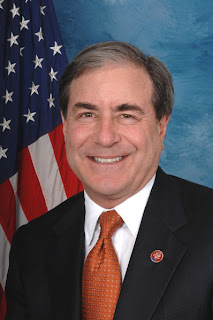 Y'all know I have have much love for Rep. John Yarmuth from my time in Da Ville.   When he wrote a column for the LEO, the alternative paper there he called out Republican Rep Anne Northup every chance he got during her ten years occupying that seat in a predominately Democratic district.

He salutes the Fairness Campaign for 20 years of work fighting for TBLG rights in the city of Louisville and the state of Kentucky from the floor of the House.