Dear White Women, You Never Fail To Disappoint Me 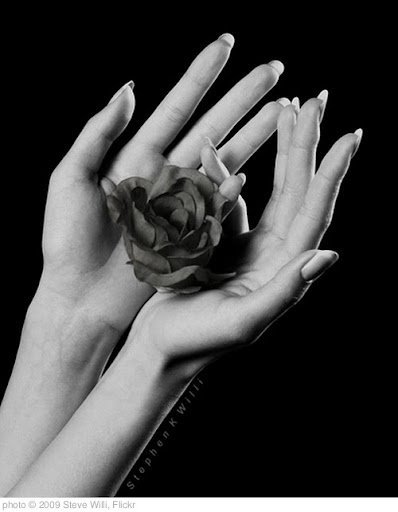 I had the opportunity to speak to a friend of mine whom I love dearly this weekend.  She identifies as a feminist and is one of the few White feminist women that I trust wholeheartedly.  Inevitably, the conversation turned to Slutwalk and she told me that she was upset because their response to the sign hurt not only me, but several women of color that she has befriended over the years. Obviously, I don't hold her accountable for the actions of another, especially because she has proven over the years that she is more than willing to challenge her racial privilege and learn. In the process she has become a beacon to me when it comes to learning to challenge my own privilege.

When I learned about the 'Woman is the Nigger of the World' sign at Slutwalk NY, I was not surprised. Call me jaded, but centuries of ignoring the womanhood of women of color, actively enslaving us, and engaging in racist actions does not suddenly disappear when a woman becomes a feminist.  For some it might lead to heightened consciousness, but it is the rare few that will take the identity a step further to examine the ways in which one not only is oppressed but actively oppresses.  Feminism is not some magical elixir to enlightenment, despite the White men and women who seem to believe it is.

There was a time in my life when if a White woman told me that she was a feminist, I would automatically have given her the benefit of the doubt but today, trust is something that must be actively earned over time and not given freely.  I am no longer surprised when an event aimed at women's organizing suddenly has a racist bent.  I am no longer hurt when racism raises its ugly head because I have come to expect it.  I am however amused that White women fail to catch a clue when White feminist men interject themselves into the conversation to defend them.

As much as White women have been oppressed by White men, they have also gained from their association with them.  They may rail against patriarchy, but if a White man comes rushing to his damsel in distress to declare her actions to be decidedly not racist, they are more than happy to accept the aid with a feeling of relief. See, a White guy said so, so it must be truth.  If a White man were step forward to declare that an action is not sexist, their input would be soundly attacked, yet WOC are expected to simmer down when the White man speaks.  The fact that White men and women often collude when they have a common purpose has not failed to register with us, despite the whole ya ya sisterhood of the traveling suitpants routine.

If you don't belong to the group in question, you are not in the position to declare that an action or statement does not rise to offensive level, of course this doesn't seem to apply when it comes to White men rushing in to battle on the side of White women. This is further problematic because WOC are often chastised for bringing up issues that involve the men in our lives, as if their struggles don't directly impact our life's chances. It's not that issues which directly involve men are problematic in discussions regarding gender, it's that if they serve to challenge White supremacy in anyway suddenly they are not deemed relevant.

It comes down to the fact that many self labelled White feminists aren't really interested in equality for all, they are interested in equality with White men.  It's never about tearing down the system, but assuring that they have the power to oppress others.  If even on social equality exists then there can be no claim that women have achieved equality because the category of woman is broad.  It means that gay rights are a woman's issue, race is a woman's issue, class is a woman's issue, disability is a woman's issue etc,. There is no issue that is specifically outside of women's activism.  So when I hear White women saying things like, "think about it from a woman's perspective," when WOC are calling out racism, I know they are really pushing  for WOC to solely put our energy into improving their lives and not ours.The only way I will ever be surprised by White female activism, is when they learn that world isn't all about their pain alone.