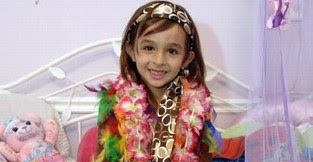 One of the things that continues to put an exclamation point on my comment that trans people aren't going away or back in the closet is the fact that transpeople are coming out and transitioning at earlier ages.

Instead of delaying transition until mid to late adulthood, we now have in the early 21st century transkids coming out as early as elementary school.  That means the access battles we used to see play out with the primary venue being the workplace because of those mid to late adulthood transitions now occur in elementary, middle, high school and the collegiate level with the corresponding ripple effects upon society. 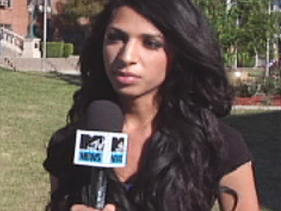 If a kid transitions in elementary school, they'll now and do face transphobic bathroom issue fights at that level.  They're facing dress code wars at the high school level with transphobic school administrators or principals because they're wearing in their minds gender variant clothing or refuse to acknowledge their consistent gender presentation as the person they are now..

We also have to deal with bullying issues and as just happened in Colorado, what happens when a transgirl wants to join a Girl Scout troop or a transboy wants to join the Boy Scouts? 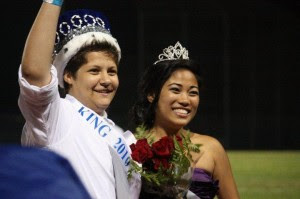 We've already seen battles at the high school level over homecoming king and queen courts and the differing reactions as to how it was handled pro and con.  We're starting to see school districts as a result add gender identity and expression language to their non discrimination policies and their codes of student conduct.

The NCAA in the wake of Kye Allums and others coming out as trans collegiate athletes has already moved to change its rules to accomodate trans student athletes so trans kids who desire to do so and have the talent can compete.  Since many state high school sports associations like Texas follow NCAA rules, there hopefully will be a trickle down effect so that when these elementary school age transkids get to high school, they won't have to fight a legal battle just to play.

So far from seeing these diminish, we're probably going to see more of them until the human rights of transpeople are respected and protected by law. .