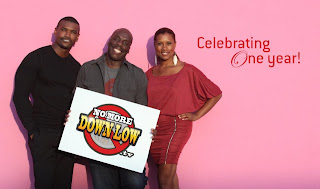 One of the people I got to meet during the recent OUT on the Hill event who was busy working it and getting his learn on was Earnest Winborne, the Executive Producer of No More Down Low TV. 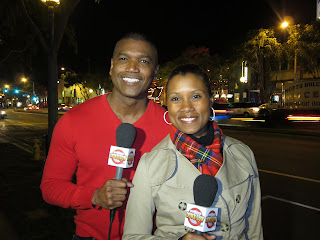 What's NoMoreDownLow TV?   It's the one year old creation of Winborne that has a mission of dispelling myths and misperceptions about same gender loving people in the African-American community.co-hosted by Kendell Hogan and Janora McDuffie.

He named it 'NoMoreDownLow TV as a response to the JL King book and subsequent Oprah show and the negative implications the “down low” discussion has had on the Black gay community.

The distracting 'down low' discussion has also spread negativity and animus in the straight Black community as well.

As I mentioned, Winborne was there recording the events of OUT on the Hill and that segment with the video from that amazing week in Washington DC will be up on their site starting today.  You might see shots of a certain outspoken transwoman y'all know and love in that upcoming episode.. 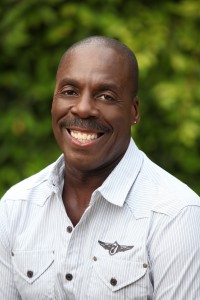 NoMoreDownLow TV launched its premiere episode on October 11, 2010 which was fittingly National Coming Out Day.  Its segments are told from an African American point of view, and it is one Winborne noted is sadly missing when you talk about rainbow community issues.

“Our show will put a real face on same gender loving people who are traditionally overlooked by the mainstream media. We’ll feature people who are open and honest about who they are and those who are contributing to their communities in the fields of entertainment, sports, politics, health, music, and social activism,” Winborne said.

NoMoreDownLow.TV segments in addition to being told from an African-American LGBT point of view, they have the underlying theme and goal of showing people inside and outside our community that you can live a successful out of the closet life at work, at home and even in a church.

Happy first anniversary No More Down Low TV!    Much love to you and much continued success in telling our stories.  May this next year be an even bigger, better and more successful one for you.