If You Hate Being Called Racist, Conservative White Males... 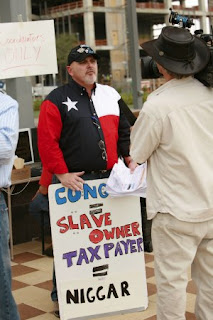 Stop engaging in the racist behavior in the first place.  It's that simple a concept, but your WMP wielding behinds have a hard time grasping that simple fact.

You can whine, gripe and complain all you want, your centuries long reputation of gleefully and murderously at times engaging in suppression and the rolling back of the human rights of anyone who didn't share your ethnicity precedes you.

When you wax poetic about the 'Lost Cause', utter rhetoric about how you want to 'take our country back', pass legislation in the name of a political philosophy that only benefits people like you to roll back the voting and human rights of non whites, scream the 'securing our borders' code word, we non-whites that were on the receiving end of your crap have deja vu moments we don't want to revisit and say to ourselves 'There they go again."

And there's the matter of your beyond over the top vitriolic hatred of President Obama that has you so irrationally blinded with vanilla scented WMP to the point that you are willing to destroy this country just to deny him a second term.

This is the 2K10's. The crap your parents, grandparents and great grandparents perpetrated and got away with isn't going to be tolerated by non-white people any more. 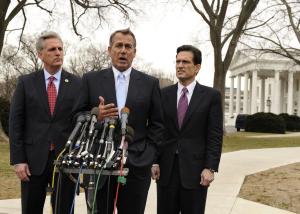 If we're calling you racist, we have a damned good reason for doing so and we don't make that charge lightly despite what they tell you on Fox Noise and 'white wing' talk radio.   As long as you keep engaging in the negative and racist behaviors, keep proposing and passing regressive unjust legislation and making boorish and bigoted remarks we're going to keep calling your behinds out on it until you permanently cease and desist with it.

But we non-white Americans won't hold our breath for that day to come any time soon for you conservative white males.