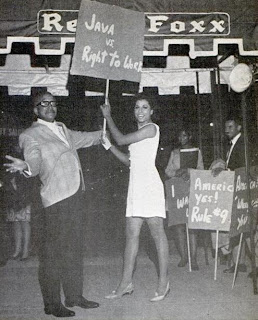 And I'm not just talking about our Black history, world history, or American history (although we need to be cognizant of that as well) but our Black trans history.

One of the reasons this blog is named TransGriot is because I was tired of Black trans people being unaware of the Black people who walked in our trans shoes before we arrived on this planet to pick up where they left off.  I was tired of us not knowing who our pioneering transpeople were and not being told our stories.  I was tired of our accomplishments and things we have done being erased.

As Chancellor Williams said in The Destruction of Black Civilization in 1975, "As long as we rely on white historians to write Black history for us, we should keep silent about what they produce."

And no, keeping silent about Black trans people being erased from trans history is not gonna happen on my watch.  To ensure that doesn't happen I started this Black History Month doing a Black Trans History quiz and as long as this blog is in operation will be doing it EVERY Black History month from now on.

Diamond Stylz in my recent Ten Questions interview with her pointed out how important knowing our trans history is, ensuring our stories are told, and why we need to proactive in passing them down to the next generation. 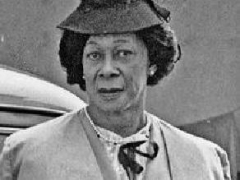 "One of my favorite parts about TransGriot is when you showcase some of our trans history.  It opens my eyes to a world in the past that I can't imagine living in. From Lady Java to Lucy Hicks Anderson, I appreciate knowing that we didn't just pop up in the millennium. We have been here fighting. It shows me that I have been handed a torch and I need to continue running with the torch."

That we have.   We have people like Avon Wilson, who was the first patient of the Johns Hopkins gender program.  The African descended people involved in the 1965 Dewey's Lunch Counter Sit-In in Philadelphia.  The people in the ballroom community which drew inspiration from the drag balls of the Harlem Renaissance and Finnie's Ball in Chicago.  Trans people who were clustered in Chicago, Pittsburgh, Philadelphia, New Orleans, Houston, San Francisco, Los Angeles, New York, Detroit and Atlanta just to name a few of the cities.

And oh yeah, I am one of four African-American IFGE Trinity Award winners along with Dawn Wilson, Dr. Marisa Richmond and Earline Budd

Much of the reasons we need to know our history is not only for our own knowledge and edification, but to point out we're intertwined with and share a common history and culture with cis African-Americans. 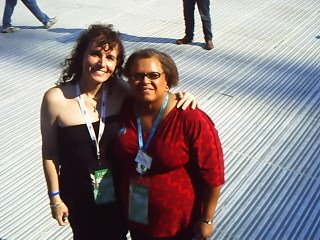 It's also to counter the haters.   If somebody comes at me with 'Black transpeople haven't don't anything' or the other foul stereotypes they aim at us, I can quickly counter with the fact that we helped organize GenderPac and NTAC.  We have a transwoman who was a member of the Mattachine Society.  We jumped off the first trans specific protest in 1965 and the Stonewall Rebellion in 1969.   A Black transwoman was the first patient in the Johns Hopkins Gender Program.  We have a transwoman in Pamela Hayes who has written and published novels.  We had people who modeled like Tracy Africa Norman and we had present as a delegate to the 2008 Democratic National Convention Dr. Marisa Richmond..

And yes, some of the legal cases that are helping to define trans legal issues or fight discrimination against us have African American trans plaintiffs in them such as Patricia Underwood, Patti Shaw, KK Logan, Diana Taylor 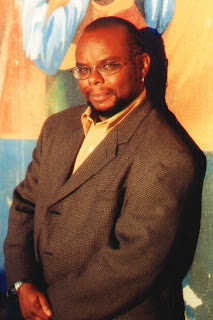 We have people such as Janet Mock, Laverne Cox, Isis King, Tona Brown, Jordana and Diamond who are taking Black trans visibility to new levels.   They are paving the way for the acceptance and support we'll need to aim higher and fully integrate ourselves in the African American community so we can continue to make more history.   And yes, knowing our history is a vital building block to ensure we have the healthy self esteem and positive self images we'll need to deal with the slings and arrows of life that will get hurled at us.


I know we just didn't pop up in the late 90's and early 21st century.    Miss Major's existence tells us that along with Cheryl's, Sharyn's, and Marsha P. Johnson's.  And nope, not going to forget the transmen like Alexander John Goodrum, Marcelle Cook-Daniels,  Rev. Louis Mitchell, Kylar Broadus and countless others who are doing the work to not only advance our chocolate section of the trans community, but uplift our people at the same time.

It's past time for us to get to know ourselves by getting in touch with our Black trans history.