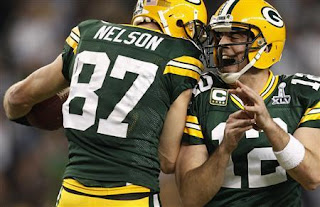 It's week 6 of the 2011 NFL season and while defending Super Bowl champion Green Bay is still unbeaten, who would've thought that Detroit would be 5-0 for the first time since 1956 and the Indianapolis Colts would be 0-5?

Guess they really miss Peyton Manning.  And ugh, speaking of missing people, my Texans are not only losing Mario Williams for the rest of the season, we have to deal with Andre Johnson on the sidelines for at least another two weeks. 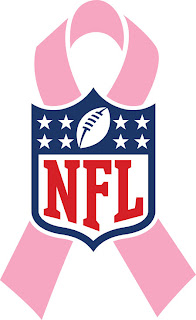 But the NFL prognosticating show must go on.   Was trailing Michael Watts by two games and after we had identical 8-5 records I'm still trailing him.  Mike's Week 6 picks are here.  .

The NFL squads that have byes this week are Arizona, Denver, Kansas City, San Diego, Seattle, and the Tennessee Traitors, so once again only 13 games to prognosticate.

So let's do this.  Time to pick some football games.  Team I'm picking to win on the left, home team in bold print..