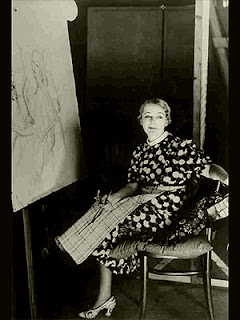 Two years ago I wrote about Nicole Kidman being slated to play pioneering transwoman Lili Elbe in the biopic The Danish Girl.

Filming was supposed to start last month for the $15 million movie but unfortunately it has hit another production snag as another actress has pulled out of the film.

The Danish Girl is being produced by Kidman's movie production company Blossom Films and has been plagued by casting and financial problems.

Kidman originally approached Gwyneth Paltrow to play the role of Lili's wife and fellow artist Gerda Gottlieb, but she was too busy and passed on it.   Charlize Theron took the role, but had to pull out due to scheduling conflicts.   The role then went to Rachel Wiesz,  and now she has pulled out of the production as well.

Kidman is still determined to make this movie happen, but has to go back to the casting drawing board.

Nicole, here's a suggestion.   Maybe you can hire a trans actress like Candis Cayne or Jamie Clayton to play the role of Gerda.  It's worth a shot.