Whatever Happened To Toby's Act? 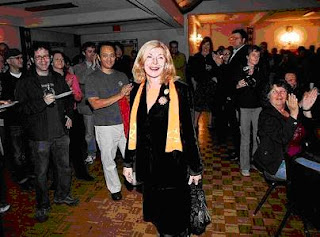 You may recall I briefly mentioned in one of the many posts I wrote tracking the progress of the federal Bill C-389 through the Canadian House of Commons that a similar effort was underway in Ontario.

NDP MPP Cheri DiNovo introduced Bill 186 or Toby's Act for the third time since 2007 in honor of a trans parishioner and music producer named Toby Dancer at her church who committed suicide.  Toby's Act would amend the Ontario Human Rights Code to add 'gender identity' to it.

The United Church minister and NDP rep for the Parkdale-High Park riding has represented the constituency since 2006 and was recently reelected to office in the Ontario provincial elections that happened October 7. 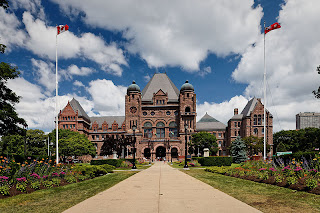 But just an update to what happened with Toby's Act and what's going on at Queen's Park.   It received First Reading but has been stalled since then and I pick up the story with the help of Xtra.

Just before TDOR 2010 there was a question period on the floor of the Ontario Legislature in which MPP DiNovo reintroduced Toby's Act and it was shot down by then Liberal Ontario Attorney General Chris Bentley with members of the trans community sitting in the visitors gallery to watch the proceedings.

Bentley implied that trans people are already protected under existing law under 'sex' and it wasn't necessary to amend the Ontario Human Rights Code.  "It is not helpful in any way, shape or form to say that there is some challenge with the existing protection,” he said. “There are not. The protections are there for those who need them. And for those who even think they can discriminate: do not."

“The law prohibits it. The decisions are clear. The protections exist. We reject all forms of discrimination in this province.”

Um Chris, discrimination IS happening to transpeople in Ontario and everywhere else in Canada as well.  It's why the federal anti-discrimination legislation to cover trans people was introduced three times and has now been reintroduced at the federal level.

Those of us who are members of marginalized communities already know that the only way to curb discrimination and bigotry aimed at us is to put explicit language in anti-discrimination laws to make it crystal clear to the bigots it won't be tolerated.

MPP DiNovo and trans activists in the province had a dissenting opinion about then AG Bentley's 'Implied coverage'. "The attorney general could make the change tomorrow,” she told Xtra at the time after it was over. “They have a majority government. They could change this tomorrow. Why won't they?"

“We are moving farther under a federal Conservative government on this issue than we are under a provincial Liberal one. It’s a sad day when Conservatives are more progressive than Liberals.” 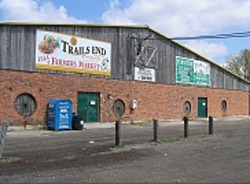 Yep, sure is.  And the Liberals paid for it at the provincial ballot box by losing 17 seats.

A blatant example of anti-trans discrimination just happened at the Trail's End Farmers Market in London, ON that gained international attention and put an end to the fiction that the 'implied coverage' under the Ontario Human Rights Act is enough to deter anti-trans bigotry.

It has led to two human rights complaints being filed and also put an exclamation point as to why MPP DiNovo and trans rights advocates in Ontario have been pushing for the folks at Queen's Park to do the right thing on trans human rights coverage in the first place.