Once again it's time for me to put another clueless media outlet on blast and refer them to the section of the AP Stylebook that gives you a vowel and a clue as to how to report on transpeople.

Today's transphobic media offender is TMZ.com and the author of this piece let their inner transphobe loose in an attempt to be funny with this Lohan probation revocation story but it fell flat.

Okay first, let's peruse what the AP Stylebook says in its section on transpeople and how to respectfully report on us.  Take notes TMZ.com, you may need them for future reference. 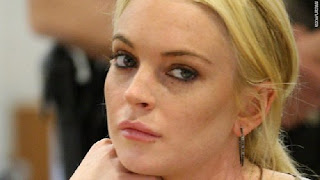 (TransGriot cracking knuckles)  As for you TMZ.com, I used to have much respect for the fact that you broke before any mainstream network the news that Michael Jackson had died, but it's obvious your reporting standards have slipped below tabloid level since then.

For starters, unless a person has declared they are a transsexual, you should not be reporting that Lindsay Lohan is one, and especially with that tired azzed Austin Powers movie line without confirmation from that person. 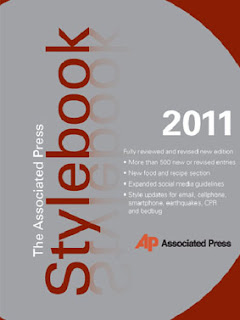 Second point is that the 'M' in the gender code field in those booking documents could be a typo.

That possibility needs to be considered due to the fact that Lohan has a feminine presentation as evidenced by her lengthy time in the Hollywood spotlight and in terms of the various productions she has acted in. .

But if Lindsay Lohan is indeed a transwoman, it is insulting and  disrespectful to refer to her as 'she/he' or presume she has male genitalia as you did in the TMZ.com article.

Unless you talked to the arresting officer who did the patdown search when she was booked, only that person, Lindsay's doctors, parents and Lindsay herself can confirm what genitalia is concealed by her panties.

So yes, TMZ.com, go download or buy a copy of this year's AP Stylebook and keep it handy for the next time you attempt to do a  report on a transperson.

And before you make that kind of conclusion jump, I suggest you ask the person in question if they are trans before you blast it to the world that they are.