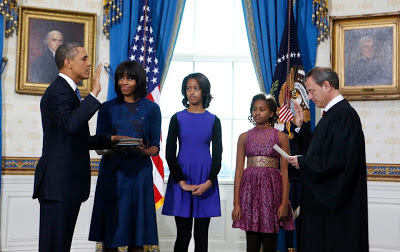 Told y'all GOP haters back in April 2009 it was going to happen.

If he keeps it up, 1-20-13 will dawn with his November 2012 reelection to the office and President Obama prepping for his second inauguration.

Yeah, y'all printed the bumper stickers and t-shirts, engaged in Massive Resistance 2.0 and racist hatred of President Obama, had the minority leader of the Senate openly say that the GOP's top political priority should be to deny the POTUS a second term, gloated when y'all got control of the House in 2010, and tried every dirty trick possible to keep me and other non-white Americans from voting in advance of the 2012 presidential election. 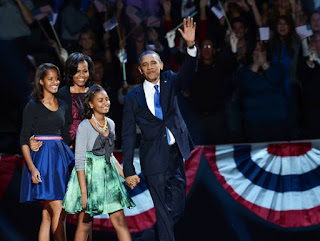 And you lost big.   Yep, you lost 332-206 electoral votes big.   You lost seats in the House and the Senate and the way you fools are acting in the first month the 113th Congress has been in business Speaker John Boehner will have something to really cry about on November 4, 2014 .

But back to gloating about the presidential election.  65,889,660 Americans returned President Obama back to that nice White House on 1600 Pennsylvania Avenue my ancestors built with their unpaid labor while only 47% of the country voted for Mittens.

And how apropos is it that President Obama's second inauguration ceremony will take place on Martin Luther King, Jr. Day?

The first day of the second term of the Obama presidency started at noon EST.   You conservafools may hate that, but 65.9 million Americans and billions around the world don't and are celebrating his win.
Posted by Monica Roberts at 11:00 AM