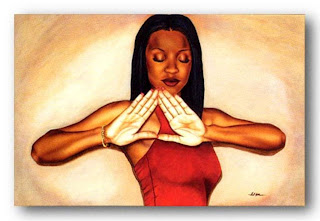 As you longtime readers know I grew up in a family full of proud salmon pink and apple green wearing members of Alpha Kappa Alpha Sorority, Inc.

But I will take a moment to give a shout out to all the peeps and TransGriot readers who are members of Delta Sigma Theta Sorority, Inc on the 100th anniversary of its founding or as my mom calls them, 'The Disgruntled AKA's."

January 13, 1913 saw the founding on the Howard University campus of the second collegiate African-American sorority by 22 women who were members of AKA, seven of who were officers in AKA's Alpha chapter.   After their October 11, 1912 induction into AKA they became dismayed that the sorority only existed at Howard.    They wanted to change AKA's name because they thought it was just a feminine derivative of Alpha Phi Alpha, the first African American men's fraternity.   They also wanted to change AKA's colors, motto, get more politically active and become more national in scope.   Despite the vehement opposition of one of AKA's founding members and incorporator Nellie Quander, who was the graduate advisor to Alpha chapter at the time, they unanimously voted to do just that and left the organization to found their own. .

After it's controversial founding, Delta Sigma Theta started its political activity by being the only Black women participating in a March 1913 women's suffrage march in Washington DC.

Delta Sigma Theta has grown to become 100 years later a multicultural international organization with 300,000 proud crimson and cream wearing members in a wide variety of fields.