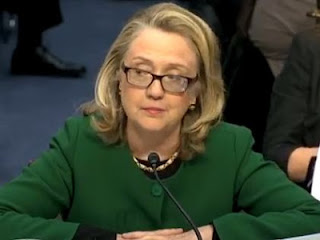 If the GOP thought that Secretary of State Hillary Clinton would be a pushover in the Benghazi hearings they held yesterday in the House and Senate or they would be able to do a preemptive political strikes in advance of the 2016 presidential race, they thought wrong (as usual)

One of the many miscalulations they made yesterday is forgetting that Secretary Clinton is way smarter than the average Republican these days.  She has a 67% approval rating that cuts across race, ethnicity and gender and most importantly, they forgot Hillary D. Rodham Clinton is from Chicago.  .

Enjoy her eviscerating the conservafools