May Be A While Before We See A Trans Miss Universe 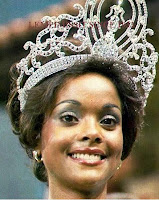 And Texas bragging alert, Chelsi was from the Houston metro area as well. 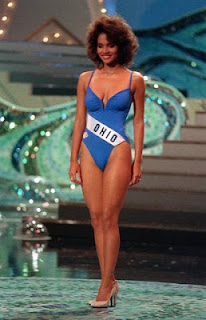 As far as the Miss USA color line goes, Jayne Harrison made it to the top 15 as Miss Ohio in 1970.  Future Oscar winning actress and another Miss Ohio Halle Berry fell just short of making that history as a first runner up for the Miss USA crown in 1986.

Gist finished first runner up in the 1990 Miss Universe competition later that year in Los Angeles.

So American trans family, be prepared for a possibly long wait until we see a trans woman crowned Miss USA or Miss Universe.  While many of the national Miss Universe pageants will accept the new open competition rules, there are some notable transphobic holdouts such as Mexico and Venezuela.

But the bottom line as Jenna Talackova proved last year, to have a chance to win your national crown and be in the Miss Universe mix you have to be in the competition in the first place.

For an American trans woman, first she would have to win her statewide pageant to get to the Miss USA stage, then win that pageant to get to Miss Universe.  If you live in competitive and populous pageant states like California or Texas that's a tall order.

Those two states combined have won it 15 times with the Texas rep winning it 9 times.  If that transwoman is a Texan, she will find herself in a pageant that has more contestants in it than Miss USA (51) or Miss Universe (70-90 on average).  There have been years in which the Miss Texas USA pageant has had over 100 women competing in it.

The odds get a little longer if that transwoman in question also happens to be a transwoman of color.

If that is your dream trans woman of color, go for it.  Prove me wrong.   Nothing would make me happier than to write the post announcing you to the world as a Miss Universe pageant winner and seeing current Miss Universe Olivia Culpo or a future one crown you.. And don't forget, they offer you a college scholarship along with all those cool prizes and that one year contract.

And as Crystle Stewart and others former titleholders can tell you, it can lead to other media opportunities as well.

I'm hearing that some transwomen in various countries may attempt to enter their national pageants in order to qualify for Miss Universe 2013 and I wish them the best of luck in doing so.

But seeing a transwoman wear that crown may take a while.


TransGriot Note: First photo is Janelle Commissiong  middle one is Halle Berry, and the last photo is of former Miss USA and Miss Texas USA Crystle Stewart wearing her Miss Texas crown.  .
Posted by Monica Roberts at 12:00 AM