Is Trinidad and Tobago Making Moves To End TBLG Discrimination? 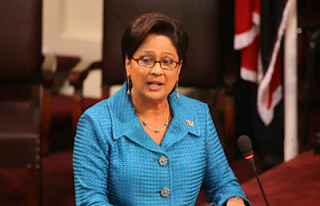 I've been happy to see that several Caribbean Anglophone island nations are discussing or starting to make their first tentative steps toward ending discrimination against their TBLG citizens.

Prime Minister Kamla Persad-Bissessar in a letter to UK based Kaleidoscope Trust executive director Lance Price answered his July 2012 expressed concerns about those anti-LGBT laws.   Her letter was obtained and printed by the Trinidad and Tobago Guardian and stated.

'With respect to the concerns raised in your letter regarding aspects of T&T's Sexual Offences Act and the Immigration Act which may target persons who identify as lesbian, gay, bisexual or transgender (LGBT), I wish to assure you that due consideration is being given to these issues by my Government.


'I do not support discrimination in any form against any individual, regardless of their gender identity or sexual orientation.

'I share your view that the stigmatisation of homosexuality in T&T is a matter which must be addressed on the grounds of human rights and dignity to which every individual is entitled under international law.

'As such I am pleased to inform you that I have mandated my Minister of Gender, Youth and Child Development, Senator the Honourable Marlene Coudray to prepare and present a national gender policy to Cabinet over the coming months.

'It is expected that once adopted, this policy will forge the way forward for T&T as my Government seeks to put an end to all discrimination based on gender or sexual orientation.'


It will be interesting to see if PM Persad-Bissesar's words do indeed match the deeds of Trinidad and Tobago's government.   The world will be watching to see if they formulate a national gender policy that not only satisfies LGBT Trinis and reduces the discrimination and stigmatization aimed at them, but is the envy of the Caribbean and the world.