Five Arrested And Charged With Murder Of Black Transman

The case of Evon Young, a 22 year old transman who has been missing in Milwaukee, WI since January 1 has taken a horrifying turn.

Five men, one of them being Young's roommate, were arrested and charged with first degree intentional homicide.

Young, who was a local rapper known as 'Yung LT' was last seen on New Year's Day near North 52nd St and West Custer Avenue according to a Wisconsin Gazette.com report

Young failed to report for work that day and his mother filed a missing person's report January 2 with the Milwaukee Police Department.

The criminal complaint states that investigators suspect Young was killed in the basement of the residence he shared with Griffin in what began as a gang re-initiation test for Griffin.

According to the complaint, Young and Griffin were home when the door bell rang. Stewart and Mcalister were at the door, along with Allen and Seaberry. The men entered and went into the kitchen, where an argument ensued.

Griffin allegedly told police that the men began to punch Young and said the victim could not be trusted. Young then was led to the basement, where the attackers choked Young with a chain. Then they placed a plastic bag over his head, rendering Young unconscious. The assailants beat and shot Young, possibly as many as three times. Mcalister allegedly fired the weapon.

Authorities allege the basement was cleaned with beach. Evidence collected in the crime includes DNA, blood, burned clothing and a chain.

Both Griffin and Stewart allegedly made admissions to police, who were searching a landfill on January 23 for Young's body, which the men allegedly placed in a dumpster.

Below are the mugshots of the five individuals being charged in the death of Evon: 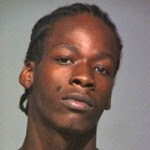 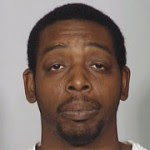 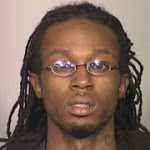 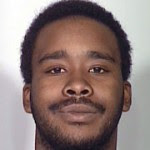 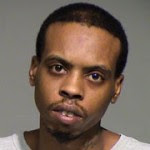 
The defendants are scheduled for a preliminary hearing in this case on January 31.