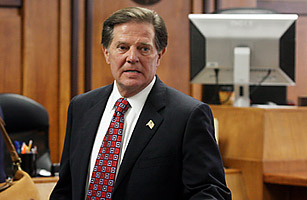 You've probably read posts of mine about Texas politics in which I have mentioned the Delaymandering, the (illegal) midyear redistricting of Texas that happened after the Pest Control Man and two associates solicited $190,000 in corporate contributions in the 2002 election cycle to get control of the Texas House.


His Texans For A Republican Majority political pac then sent the corporate cash to an inside I-495 arm of the Republican National Committee. The RNC then sent the same amount to seven Republican Texas House candidates. Under Texas law it is illegal for corporate money to go directly to political campaigns.

Once the GOP got control of the Texas Legislature for the first time in modern Texas history, they pushed through in 2003 what I call the Delaymandering, the Tom DeLay engineered midyear redistricting plan that not only radically altered Texas congressional districts to send more Republicans to Congress, it also redrew the state legislative and state senate lines to produce Republican supermajorities.

And of course, the GW Bush controlled DOJ looked the other way at the obvious Section V violation of the 1965 Voting Rights Act. 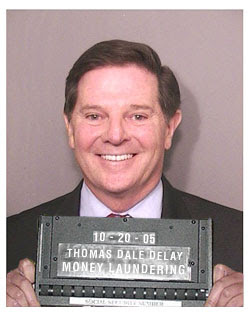 The sentence got handed down, and Dick DeGuerin is worth every dime he paid him.   DeLay got sentenced to three years in the slammer for the felony conspiracy charge and five years for the money laundering.

The folks in heavily blue Travis County are still dealing with the fallout of his political handiwork and would probably disagree with this sentence.  The city of Austin has 750,000 people and deserves its own congressional district.  In DeLay and the Texas Republican Party's zeal to draw Rep Lloyd Doggett (D) out of Congress, the city is split between five separate congressional districts, four of which are held by Republicans that don't live there.

The other people glad to see justice prevailing in this case are the legions of liberal-progressive and moderate Texans.  We're still politically paying for the 2002 DeLay engineered political shenanigans that unleashed fools like Rep. Louie Gohmert on the nation.